II
Taming the beast within 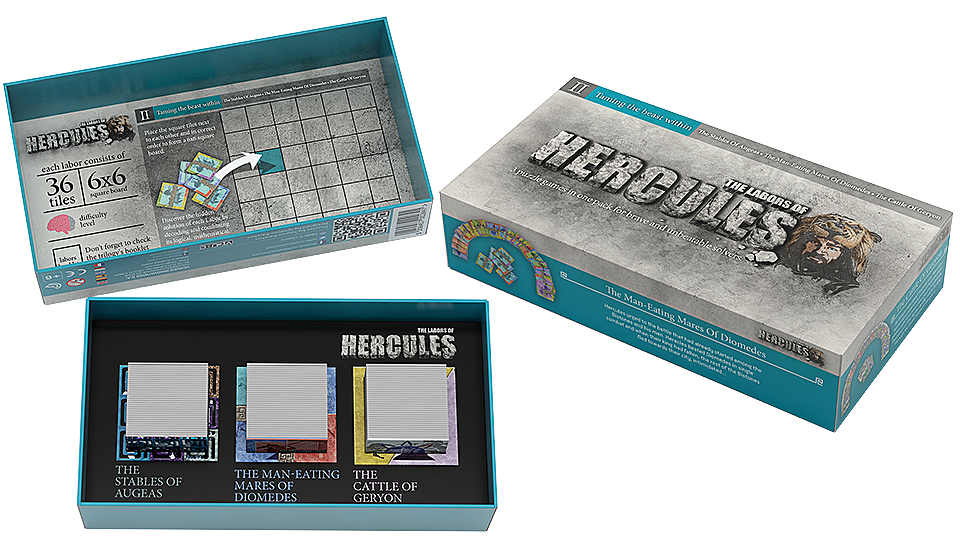 The Labors are getting harder as the journey goes on!
Buy Now the Brain Teaser
2D Pattern Puzzle Taming the beast within

3 puzzle games
in one pack

The Stables Of Augeas 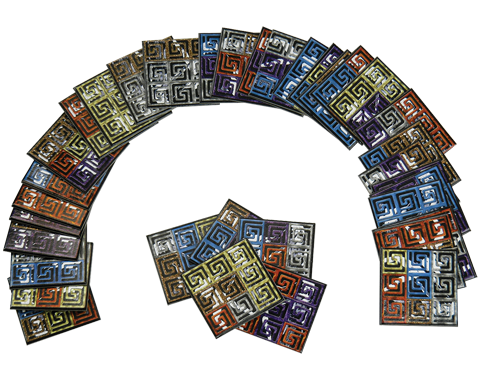 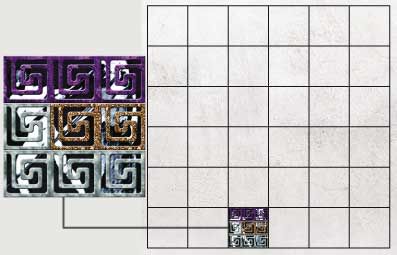 Follow the patterns inwards and pay attention to the sequence and color to clean the Stables of Augeas.
The proper method will help you accomplish your goal and solve the puzzle.
Use your smartness and mental power to accomplish your own labor.
Hercules would clean out the stables in one day! First the hero tore a big opening in the wall of the cattle-yard where the stables were. Then he made another opening in the wall on the opposite side of the yard. Next, he dug wide trenches to two rivers which flowed into the yard. The rivers rushed through the stables, flushing them out, and all the mess flowed out of the stables!!
Read more about the Myth of The Stables Of Augeas
In a similar way the wise players may follow the smart approach of Hercules and use the HINTS, in order to solve the puzzle.

The Man-Eating Mares Of Diomedes 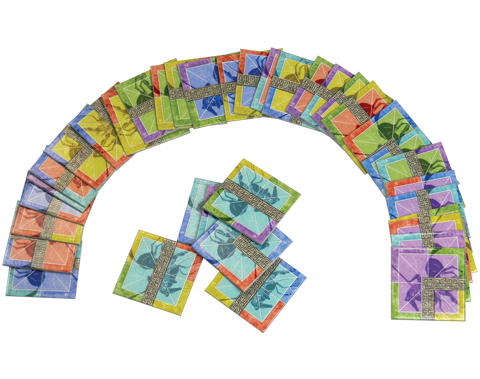 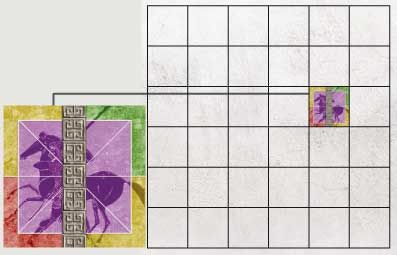 Figure out the riddle behind the Man-Eating Mares of Diomedes.
Figure out the riddle behind the Man-Eating Mares of Diomedes by combining the cryptic colourful geometry and work out how to connect the mysterious shapes.
Use your smartness and mental power to accomplish your own labor.
Hercules sailed Aegean to Bistonia and with his companions overpowered the grooms who were tending the horses, and drove them to the sea. The Bistones sent a band of soldiers to recapture the animals.
To free himself to fight, Hercules entrusted the mares to a youth named Abderos, which was dragged around by the mares until he was killed. Meanwhile Hercules fought the Bistones, killed Diomedes, and made the rest flee.
The hero took the mares back to Eurystheus, but Eurystheus set them free.
Read more about the Myth of The Man-Eating Mares Of Diomedes
In a similar way the wise players may follow the smart approach of Hercules and use the HINTS, in order to solve the puzzle.

The Cattle Of Geryon 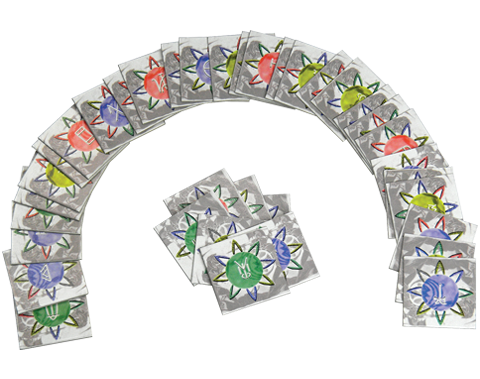 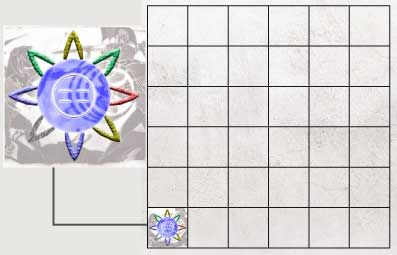 Connect the solar shapes to gather the Cattle of Geryon.
Note the position of the rays and the order of the symbols and you will manage to solve the puzzle.
Use your smartness and mental power to accomplish your own labor.
Hercules had to journey to the end of the world. Eurystheus ordered the hero to bring him the cattle of the monster Geryon with three heads and three sets of legs all joined at the waist.
Geryon lived on an island called Erythia, and kept a herd of red cattle guarded by the beast which was Cerberus’s brother, Orthus, a two-headed hound, and the herdsman Eurytion.
Hercules encountering and promptly killing many wild beasts along the way and just as he was escaping with the cattle, Geryon attacked him. Hercules fought with him and shot him dead with his arrows.
The stealing of the cattle was not such a difficult task, compared to the trouble Hercules had bringing the herd back to Greece.
Read more about the Myth of The Cattle Of Geryon
In a similar way the wise players may follow the smart approach of Hercules and use the HINTS, in order to solve the puzzle.

Themed around the journey of the great Greek hero Hercules, this game consists of four collections of three Labors each.
Follow the friendly advice of the instructions to start, but be aware that what appears to be correct as a pattern might not!
The attention to detail and wise thinking will drive you to glorious success.

Each Labor introduces a puzzle consisting of 36 square tiles which must be placed in the correct order, side by side, to form a 6 by 6 square board.
To reach the solution, you or your team will embark on a mental journey that will require you to perceive the puzzle's underlying patterns, which can contain logical, mathematical, geometric and cryptographic elements.

Place the first square tile in accordance with the instructions and then place the rest next to each other, in correct order, to form a 6x6 square board. 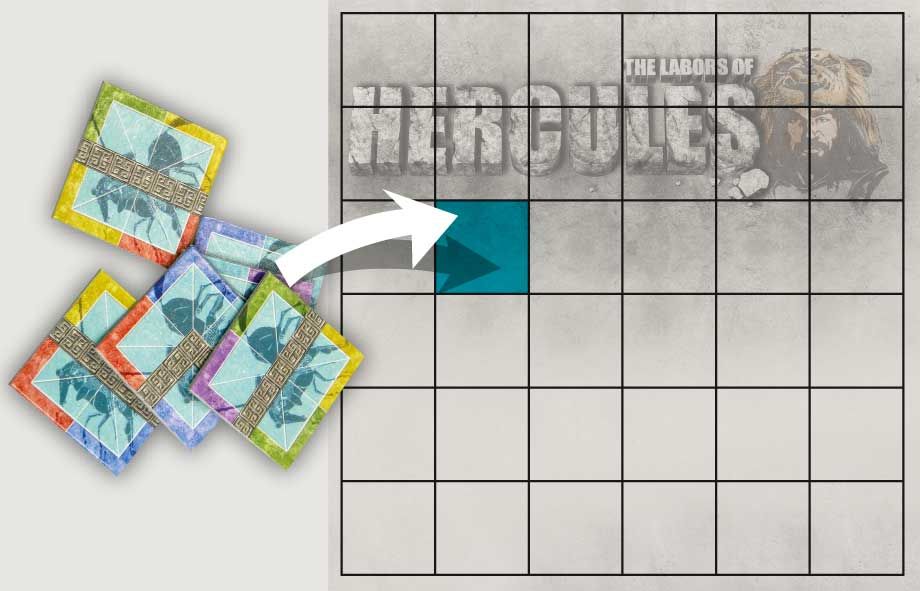 Each puzzle offers you three HINTS to help you discover its unique solution.
Every time you feel stuck and in need of help, you can move towards the right direction by using one of the HINTS, which are included in the booklet. After all, even the great Hercules employed help in some of his Labors!
A secret message is revealed in the back of the puzzle once the board is assembled correctly, containing the hidden moral of each Labor.
The time of truth has arrived!
Check the correctness of the secret message in the back of the board.
Get ready to celebrate... or to try once again! You are a winner either way!

Enjoy this unique Herculean adventure and face the challenges
alone or with friends and family!

Every Labor is accompanied by a contemporary version of the ancient myth, reflecting the respective level of difficulty of its solution!
Discover the hidden solution of each Labor by decoding and combining its logical, mathematical, geometric and cryptographic elements.

Do you have what it takes to face the challenge? Undertake the Labors of Hercules to find out!

The instructions in the leaflet are translated to Greek, English, German, French, Spanish and Polish.